Click here to submit transactions to the Chicago Chapter

SIOR Chicago would like to congratulate all the winners at the 17th Annual Chapter Transaction Awards on February 26, 2019.

The event is designed to honor the organization’s prestigious Platinum Sponsors and SIOR members who completed transactions within the Chicago Chapter or with a Platinum Sponsor.

The awards recognize those SIORs and sponsors for their outstanding achievement throughout the year as well as commend those that are committed to helping other SIOR’s reach their goals. Joyce Slone, SIOR of Slone Commercial LLC serves as Award Committee Chairman. 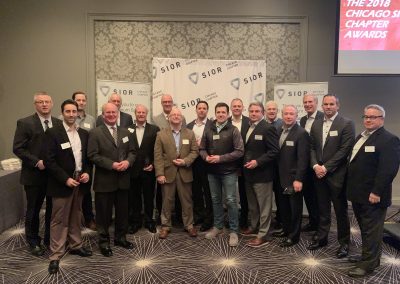 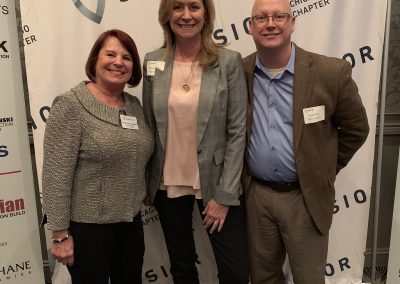 Largest Dollar Volume Transaction – Land Transaction:
Dan Cawley, SIOR of Cawley Chicago represented Abbott Land who purchased the 28.77 acres valued at $5,278,050. A TIF was put in place and it was sold to Platinum Sponsor IDI Logistics

Most Significant number of BTS transactions completed with Chicago SIOR Brokers:
Venture One with 2 transactions

Largest Number of Transactions – Intra Chapter (with members within our chapter or a Platinum Sponsor):
Ron Behm, SIOR, of Colliers International and Justin Lerner, SIOR, of Transwestern tied with 44 transactions

Most transactions completed by a platinum sponsor with Chicago SIOR members:
Venture One with 48 transactions